Victory for Oil and Gas–Jindal Signs SB 469 into Law

Louisiana Governor, Bobby Jindal signed SB 469 into law this morning, June 6, 2014. As previously noted in a previous post, this legislation will end a lawsuit again 97 oil companies for alleged environmental damage.  “This bill will help stop frivolous lawsuits and create a more fair and predictable legal environment, and I am proud to sign it into law,” Jindal stated. “It further improves Louisiana’s legal environment by reducing unnecessary claims that burden businesses so that we can bring even more jobs to our state.” SLFPA-E is expected to challenge the measure in court. Stay posted for further updates. 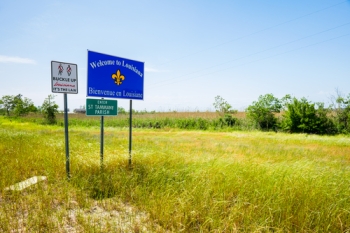 Legislation that will kill the controversial lawsuit filed by the  Southeast Louisiana Flood Protection Authority-East (SLFPA-E) last summer against 97 oil companies for historic coastal damage is headed for final approval. The Louisiana House voted 59-39 to approve Senate Bill 469, a measure aimed at killing the lawsuit that Governor Bobby Jindal strongly opposed on the basis that it was as an illegal measure that overstepped the authority of SLPA-E.  The legislation will block SLFPA-E and similar entities from filing future lawsuits of this kind and retroactively kill the pending lawsuit. The bill  now goes back to the Senate for final review of the retroactive amendment and then on to Governor Jindal for signature.

The SLFPA-E  lawsuit claims the loss of wetlands in its jurisdiction means levees and floodwalls must be built higher, resulting in a dramatic increase in their costs for building and maintaining levees and floodwalls.The lawsuit alleges that 97 companies should be liable for repairing the damage and helping to defray the cost of flood protection now and in the future.

SLFPA-E claims that most of the drilling and dredging that led to the loss of wetlands was performed under permits that required the companies to repair any environmental damage, and alleges that this was never done. (Arguably if this were true,  action to enforce such permit conditions  against the permitted company at the time would have been available, more effective and more protective of the environment).

SLFPA-E also claims that the companies violated the federal Rivers and Harbors Act by putting more stress on flood protection levees. The lawsuit also alleges that because the projects turned marsh into open water, the work increased  the amount of storm surge that moves into the metro area during tropical storms and hurricanes. The suit claims that violates a principle of civil law called “servitude of drainage,” which prohibits one person from increasing the flow of water onto someone else’s property. In addition to coastal erosion, the lawsuit also alleges other oil industry impacts, including road dumps, watercraft navigation and impoundments.

SLFPA-E is a political subdivision created through amendment to the Louisiana Constitution in the aftermath of Katrina to provide flood protection for St. Bernard, Orleans and Jefferson parishes.

Attempts to amend or scuttle SB 469 were soundly defeated and the bill advanced with solid support.

Between a Rock and a Hard Place for Louisiana Pipeline Operators?

Legislators in Louisiana are pushing for state control of interstate pipeline 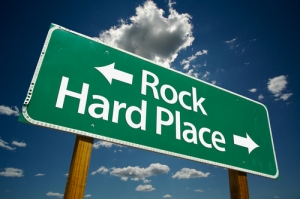 s once abandonment is approved by the Federal Energy Regulatory Commission (FERC). If Senate Bill 525 becomes law, the intrastate pipeline then would be subject to the Louisiana Public Service Commission, which would have the final say in whether the pipeline could be abandoned.

It is unclear how the bill’s sponsors intend to deal with the issue of effectively usurping federal jurisdiction over interstate pipeline safety by PHMSA, if the Commission does not approve abandonment. Under the bill, if the Commission does approve abandonment, the pipeline’s operators then would have to cover the costs of providing customers with alternate means to get natural gas.  The bill would place an undue burden on pipeline companies who would be forced to continue to operate aging infrastructure under an uncertain regulatory structure with conflicting demands. The bill was drafted in response to Midla pipeline’s application for abandonment of an 87-year old pipeline, which supplies natural gas to residents in eastern parishes, and may have operated past the end of its useful life.

The bill also appears to ignore the safety issues central to abandonment.  American Midstream Partners LP  filed its request with the FERC to abandon its 1920’s vintage Midla Pipeline in order to ensure the safety of people and property along its route.   In its application, Midla outlined compelling reasons for abandonment including the inability to use modern technology to detect and predict leaks on the pipeline.  Despite the company’s efforts to maintain the pipeline, at some point the aging infrastructure has been irreparably impacted by time.  Cultivation and erosion has whittled away depth of cover; floods on the Mississippi River have destroyed six of eight river crossings; and development, including two schools, a prison and a planned housing community, has encroached on the right-of-way.

Reports indicate that  at the point the company made the decision to retire the Midla mainlines for safety reasons, efforts began in earnest to engage stakeholders in the process.  American Midstream identified several alternatives for assuring that impacted customers would continue to receive gas service post pipeline abandonment.  Rather than engage in this process, lawmakers want to force American Midstream’s hand, and in the process may be creating more serious problems than they hoped to solve.

You are currently browsing entries tagged with Louisiana at Line of Sight: Pipeline Law Alerts and Analysis.